The Embassy of Iceland in Ottawa represents Iceland vis-à-vis Canada as well as Bolivia, Costa Rica, Honduras, Panama and Venezuela. The Embassy's mission is to strengthen and promote political, economic and cultural relations with these countries. The Embassy opened in May 2001.

Canada is one of Iceland's closest neighbours and allies and there are more people of Icelandic descent living in Canada than anywhere else outside of Iceland.

The Embassy runs an Overseas Business Service for North-America, located in New York.

Embassy of Iceland in Ottawa 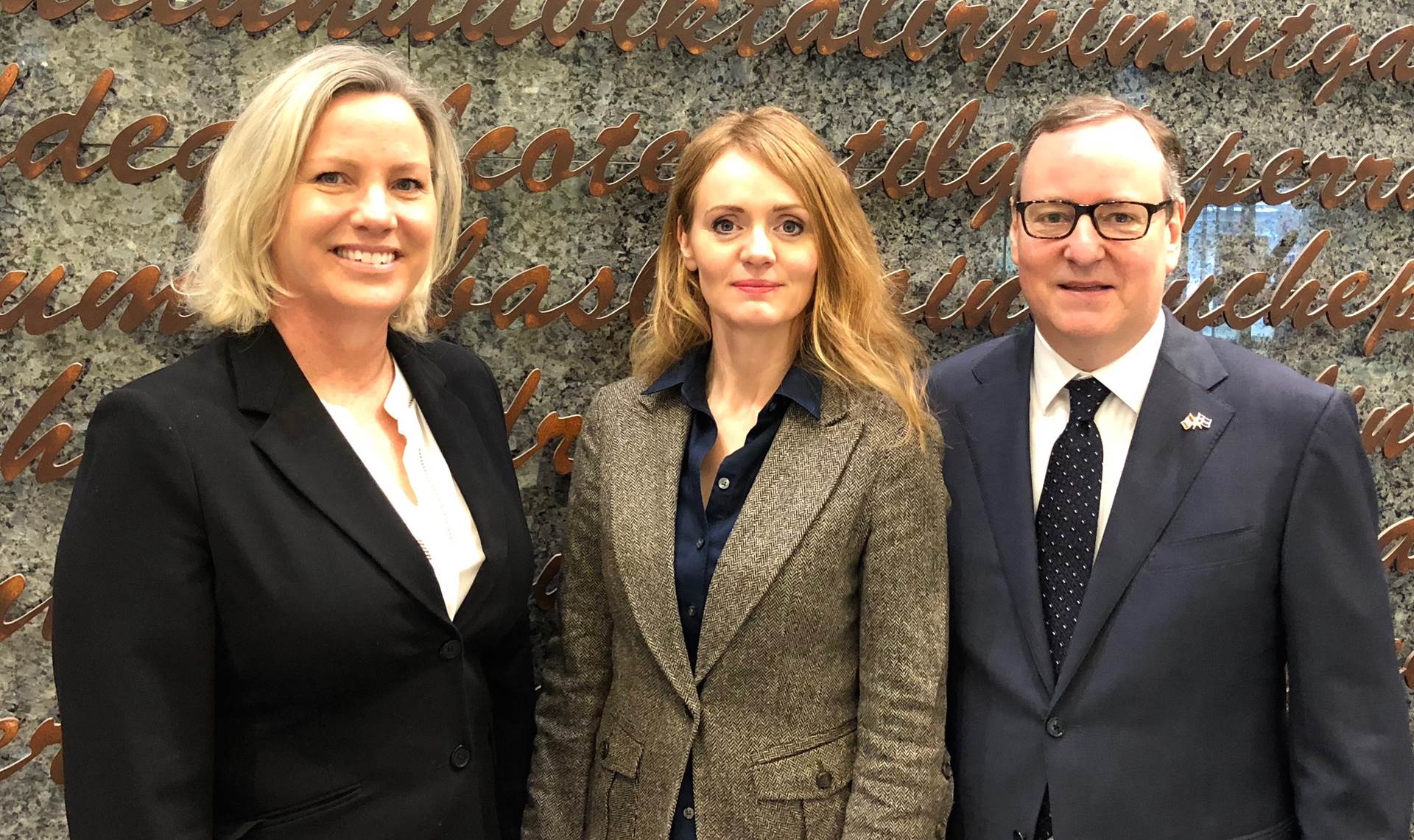 Economist from the University of Stirling, Scotland, 1987

Ambassador of Iceland to Canada from November 1, 2017

Ministry for Foreign Affairs, Reykjavík from 1999 to 2013

- Director General for Administration and Consular Affairs from 2009 to 2013

- Director for Administration and Consular Affairs from 2006 to 2009

- Deputy Director for Administration from 1999

Ministry of Education, Science and Culture, Reykjavík from 1993 to 1999

Co-Author of the book Á norðurslóð – ferðasaga frá Grænlandi. (On the Arctic route – a travelogue from Greenland). Published with his son Ásgeir H. Pétursson in 2017.

- Prime Ministers Office, Task Force on the Security of the Central Government and the

- Chairman, Organizing Committee for the Icelandic participation at Expo 2010 Shanghai

- Committee on the Selection of Art in the new wing at the Keflavik International Airport, Chairman, 2000

- Committee on an IT Centre for Education, Chairman, 1998

- Committee on a computer system for Icelandic Libraries, Chairman, 1998

- Committee on development of GoPro, a case handling system for the Government, Chairman

- Prime Ministers Office, Task Force on the Information Society from 1997 to 1999

- Committee on storing Electronic documents in the National Archive, Chairman, 1997

- Committee on housing for the Icelandic ballet, 1996

- Nordic Council Committee on the use of Computers in Schools, 1996

- Committee on finances of the Icelandic Opera, 1995

- Committee on the IT- policy of the Ministry for Science, Education and Culture, 1995

- Medialex Committee of the Council of Europe, Strasbourg, 1995

Furthermore, the Embassy has jurisdiction over five Central and South American countries; Bolivia, Costa Rica, Honduras, Panama and Venezuela. Currently we have a Honorary Consul in each country, except Bolivia.