Gender budgeting involves combining knowledge about budgeting and gender issues with the aim to encourage cost-effective and equitable distribution of public funds.

National budgets reflect countries’ values and priorities. Due to different situations of women and men, boys and girls in society, the budget can have different impact on people. Generally, this difference is not clear, however, as the budget appears outwardly to be impartial. Gender budgeting is intended to make existing gender differences visible.

Subsequently, ways can be sought to restructure the budget to promote gender equality and ensure that gender considerations are included in all decision- and policymaking. Gender budgeting is a tool that promotes better economic management and informed decisions, contributing to prosperity and well-being in society.

The introduction of gender budgeting is to significant extent a question of changing the mindset of those that generally prepare budgets and fiscal plans. Knowledge of gender issues and an understanding of people's social situation is a prerequisite for further work. Training and knowledge sharing are therefore pivotal parts of the work. Processes and procedures need to be structured so that gender budgeting is integrated into traditional budgetary procedures at all stages.

Due to people’s different situations and roles in society, the collection and allocation of public funds has different impact on various groups. Not taking this into consideration can have negative effects, not only on the individuals and groups directly affected but also society in general.
As an example, considerably more men than women live outside the capital area in Iceland and the difference is most apparent in the age group 20-39 years. This has very much to do with the different situation of men and women, which has not always been considered when making decisions concerning job creation, transport and communications, education, healthcare and services for families. As an effect it has become less appealing for many women to live in rural or remote areas and the outcome, understandably enough, can have a very negative effect on population growth outside the capital area. 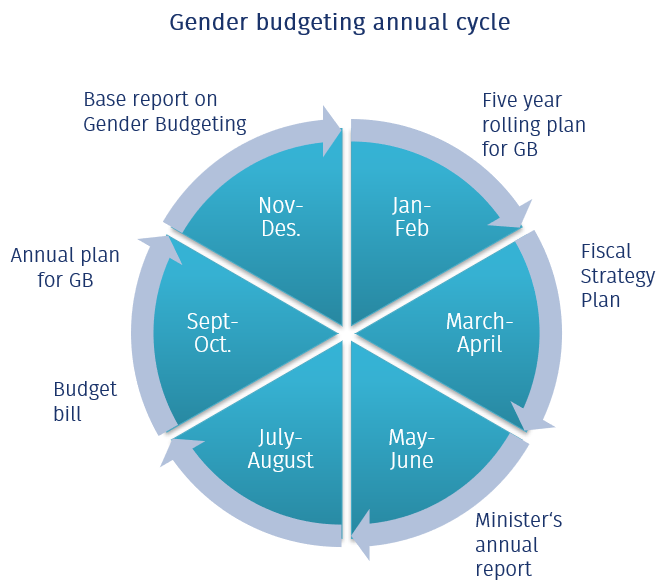 In order to increase understanding of the current situation, gender analysis of government expenditure areas is conducted and updated annually in a base report on gender budgeting.

In drafting its five-year fiscal strategy and annual budgets the government must make decisions on social and economic priorities. Gender budgeting considers the impact of different options by analysing the situation of different groups and evaluating the options with this information in mind.