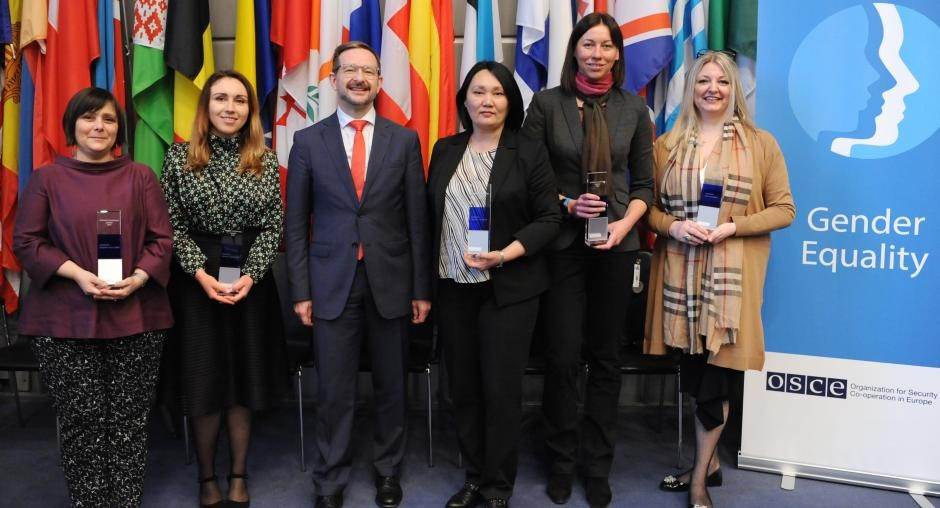 Six staff members and one project received the OSCE Gender Champions Award which recognizes significant contribution in advancing gender equality. The award ceremony was held in the Permanent Council on12 March 2020, when the PC discussed International Women's Day 8. In his statement Ambassador Guðni Bragason, Permanent Representative of Iceland, mentioned that for the 11th consecutive year, Iceland ranks at the top of the World Economic Forum´s Global Gender Gap Index which surveys 144 countries. He also called for the implementation of the OSCE Action Plan for the Promotion of Gender Equality.

Address of the Permanent Representative on 12 March 2020.