The meeting, organized in preparation of the 210th session of the Executive Board, hosted Ms Gabriela Ramos, Assistant Director General for Social and Human Sciences, Ms Danielle Cliche, Senior Executive Officer at the Division for Gender Equality as well as Ms Verena Knippel, Senior Gender Advisor at the Internal Oversight Service. Ms Knippel introduced the conclusions of the IOS joint audit and evaluation of the UNESCO Global Priority Gender Equality.

At the meeting, member states and UNESCO representatives discussed the Priority Gender Equality of the preliminary proposals concerning the draft C4/C5. The co-chairs highlighted the crucial role played by the Division of Gender Equality and the importance of supporting this global priority, particularly to attain the SDGs. 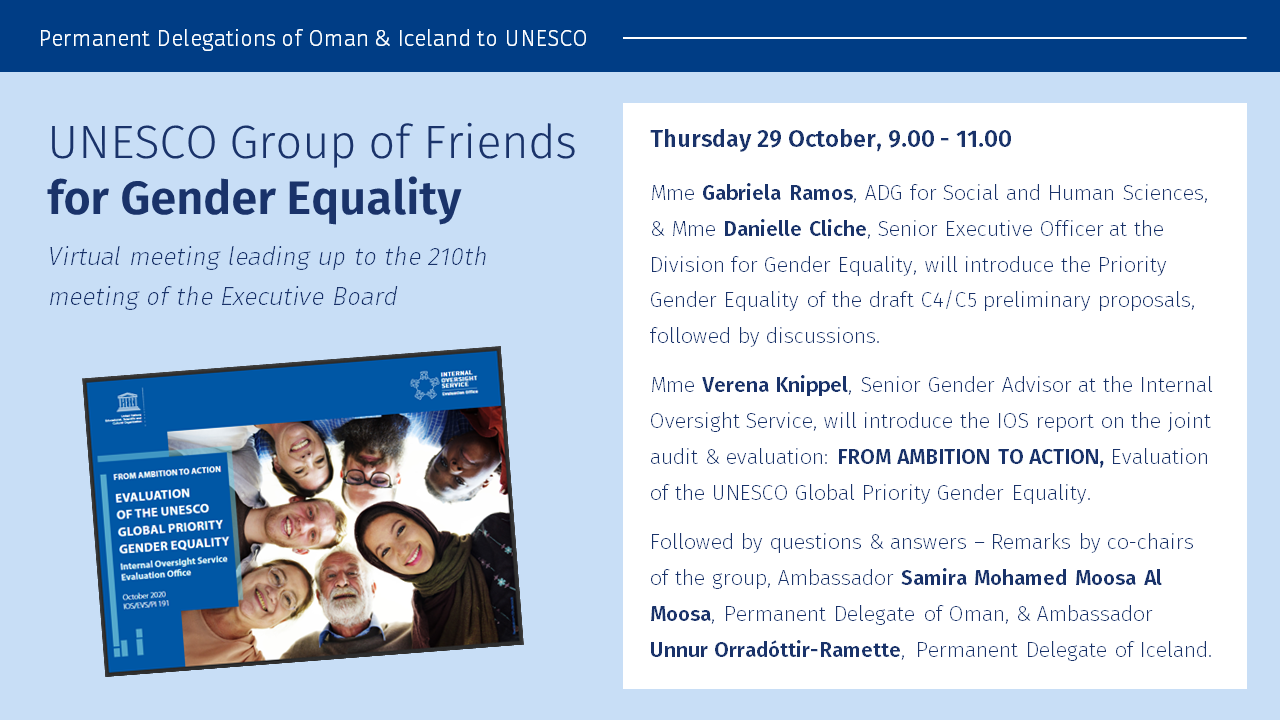 Embassy of Iceland in Paris
UNESCO