The Embassy of Iceland held a reception last night on the day of the 50th Anniversary of Diplomatic Relations between Iceland and the People´s Republic of China. The Embassy was pleased to receive over 200 guests.

The reception highlighted the history of diplomatic relations between Iceland and China, the current growing ties through business and trade, cooperation and exchange, and served as an opportunity to look towards the future and the continued growth of friendly relations and cooperation.

At the reception, H.E. Þórdís Kolbrún Reykfjörð Gylfadóttir, Minister for Foreign Affairs and International Development Cooperation of Iceland and H.E. Deng Li, Vice-Minister of Foreign Affairs of the People´s Republic of China, gave pre-recorded congratulatory addresses. Both expressed a pleasure with the 50th anniversary and the growing ties between Iceland and China.

H.E. Þórdís Kolbrún Reykfjörð Gylfadóttir noted that business connections have never been stronger, and that Iceland was pleased to have affirmed its friendship with the China by being the first European country to recognize China as a market economy and signing a free trade agreement with China. The minister likewise expressed her pleasure with the continuing and growing cooperation between the countries in the field of geothermal energy and carbon recycling and mentioned the importance of fostering multilateralism, safeguarding international trade and fulfilling UN sustainability goals, as examples of where Iceland and China can work together.

H.E. Deng Li noted that while China and Iceland are thousands of miles apart their friendship has a long history. The Vice-Minister also mentioned the many ´firsts´ in the relationship, such as the recognition of China´s market economy status, signing of the free trade agreement and a local currency swap, stating that “These ´firsts´ fully demonstrated the pioneering spirit of China and Iceland in advancing bilateral cooperation“, further stating “We see great value in our relations with Iceland and will strengthen practical cooperation with Iceland in fields such as economy, trade, investments, geothermal energy, the environment and Arctic affairs on the basis of mutual respect, equality and mutual benefit“.

In a speech given by H.E. Thorir Ibsen, Ambassador of Iceland to the People´s Republic of China, he remarked on strong and growing ties, noting that the presence of Icelandic businesses in China. He also noted the ever-growing people-to-people ties, through tourism, education, and cultural exchanges. This, he observed, was evident at the reception, with guests from different sectors representing different facets of the relationship. Likewise, the presence of Chinese officials and diplomats, as well as the former ambassadors of China to Iceland who continue to strengthen the bond between Iceland and China, was noted. In addition, the Ambassador thanked the Icelandic businesses that form the IBF (Icelandic Business Forum) for their kind and generous sponsorship of the reception. 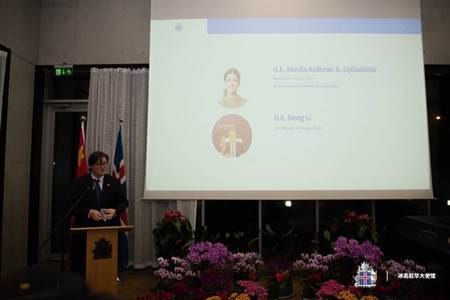 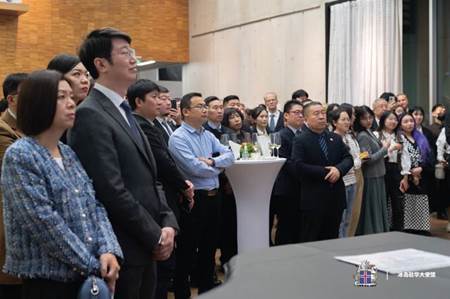 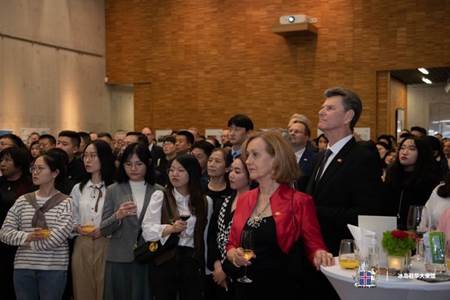 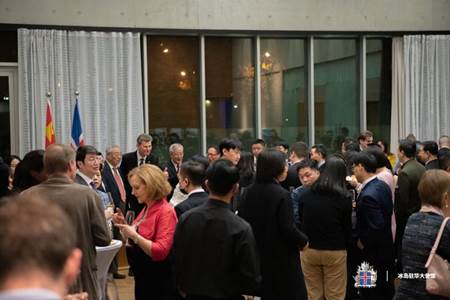 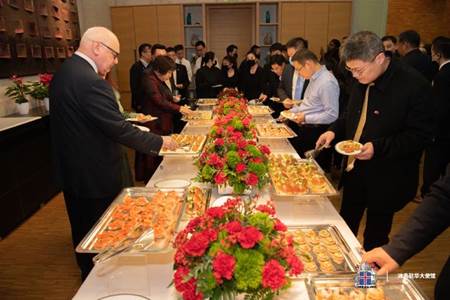