The diplomatic representation of Iceland in Austria is Permanent Mission to the Organization for Security and Co-operation in Europe ( OSCE ), the United Nations Offices in Vienna (UNOV), the International Atomic Energy Agency (IAEA) and the Comprehensive Nuclear Test-Ban Treaty Organization (CTBTO).

The Organisation for Security and Co-operation in Europe (OSCE)

The OSCE plays an important role in the promotion of Security, Human Rights, Democracy and Conflict Prevention in the fifty seven Participating States. Regular consultations take place within the OSCE in Vienna in the field of Human Rights, Democracy, Minority Rights as well as security and disarmament. The OSCE also engages itself actively in a comprehensive election monitoring in the participating states. All countries in Europe are Participating States in the OSCE as well as the United States of America, Canada, Kazakhstan, Kyrgyzstan, Mongolia, Tajikistan, Turkmenistan and Uzbekistan.

The OSCE plays an important role in securing stability and consolidating democracy with its contribution in the above fields as well as with its Seventeen Field Missions in the Participating States.

Iceland´s priorities within the OSCE are mainly in the field of Protection of Human Rights, combating Trafficking in Human Beings and combating Terrorism.

Minister Plenipotentiary Mr. Guðni Bragason presented Dr. Thomas Greminger, Secretary General of the Organization for Security and Co-operation in Europe (OSCE), his letters of credence as Permanent Representative of Iceland to the OSCE on 9 May 2018.

The role of the International Atomic Energy Agency (IAEA) in Vienna is to enhance Safeguards and Monitoring of the use of Nuclear Energy and Radioactive substances for peaceful purposes in the Member States which total 159 (January 2014). The Agency engages itself in manifold technical and scientific co-operation aiming at increased safety in this field. The Agency undertakes the setting up of legally binding international Agreements on the safety regarding Peaceful use of Nuclear Energy and Radioactive Substances as well as taking different measures in order to combat illegal trade and theft of radioactive substances and waste. The IAEA also promotes increased technical know-how in the developing countries regarding the use of irradiation, e.g. in medicine, agricultural production and industry.

Minister Plenipotentiary Mr. Guðni Bragason presented Mr. Yukiya Amano, Director Generalof the International Atomic Energy Agency, his letters of credence as  Permanent Representative of Iceland to the IAEA on 22 May 2018.

The Comprehensive Nuclear Test-Ban Treaty (CTBT) stipulates total ban on all kinds of nuclear tests aiming at the development of nuclear weapons. A total of 183 countries have signed the Treaty and 161 have ratified it (January 2014). Iceland ratified the Treaty on 26 June 2000. Since the Treaty has not yet entered into force, a special Preparatory Committee was set up in Vienna to prepare the ratification of the Treaty. 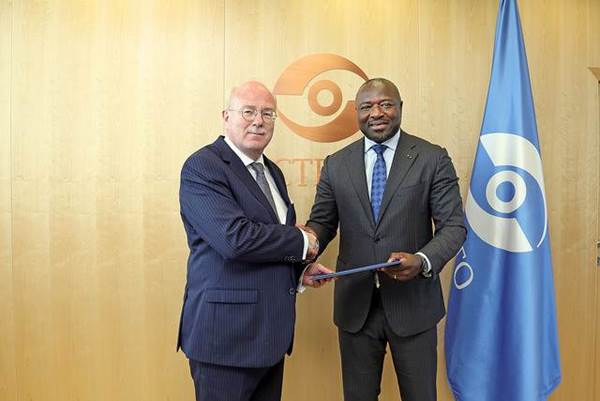 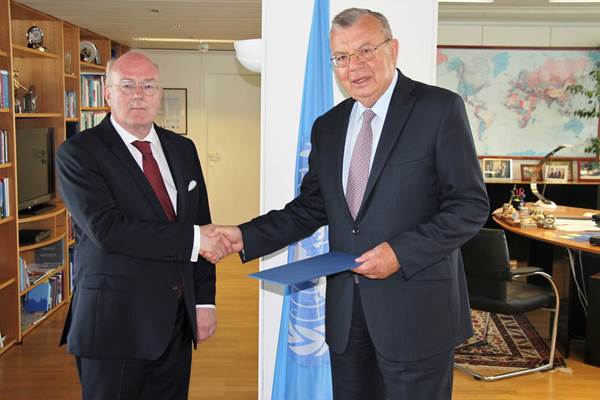 Minister Plenipotentiary Mr. Guðni Bragason presented Yuri Fedotov, Director General of the United Nations Office at Vienna (UNOV), his letters of credence as Permanent Representative of Iceland to the UNOV on 17 July 2018.