Katrín Jakobsdóttir, Prime Minister of Iceland is Chair of the Council of Women World Leaders

The Council of Women World Leaders announced on February 19, 2020 the appointment of Katrín Jakobsdóttir, Prime Minister of Iceland as Chair of the Council.

“We are very pleased to welcome Katrín Jakobsdóttir in her new role as Chair of the Council of Women World Leaders,” said Laura Liswood, Secretary General of the Council. “Her experience and commitment to closing the gender gap in Iceland and around the world is exemplary. Although Iceland is the frontrunner worldwide for gender equality, Prime Minister Jakobsdóttir continuously seeks to tackle the challenges to gender parity and holds Iceland to the highest standard. Her extensive leadership experience and engagement on gender issues will greatly benefit the Council’s urgent work.”

Katrín Jakobsdóttir has served as the Prime Minister of Iceland since November 2017 and is Iceland’s second women to hold that position. Her coalition government has continued Iceland’s groundbreaking approach to addressing systemic gender inequality and the economic exclusion of women, including implementation of the world’s first Equal Pay Certification policy. Her government has taken significant steps to end sexual and gender-based violence and recently took progressive steps to extend shared parental leave for both parents. As Prime Minister she decided also to serve as Minister for Gender Equality to ensure coherent action against all gender-based injustices. Prime Minister Jakobsdóttir’s government is also at the forefront of climate change policy and has committed to make Iceland carbon-neutral before 2040. Under Iceland’s Presidency, the Nordic Prime Ministers have adopted an ambitious new plan focusing on climate action and sustainability.

Upon accepting the appointment Prime Minister Jakobsdóttir said, “It is an honor to be leading the Council of Women World Leaders, an organization that the first democratically elected female president in the world, Vigdís Finnbogadóttir, established. I believe the Council is a vital force to create inclusive and sustainable solutions to today’s global challenges.”

As Chair, Katrín Jakobsdóttir will lead and oversee the Council of Women World Leaders’ work and programs. She will also manage the Council’s network of current and former women presidents and prime ministers and provide a forum for these leaders to explore ways to further reduce gender-based inequalities and share solutions that can help build better societies. 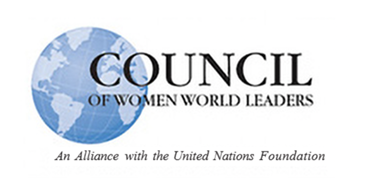