The five-year fiscal plan is to be presented before Parliament today. In coming years, particular emphasis will be placed on infrastructure development and strengthening the social welfare system, including significantly increased spending on health care and education. The tax system will be simplified and debt will be reduced rapidly, with the aim of creating favourable conditions for reduced interest rates, thereby increasing the scope for increased spending and lower taxes.

During the period, work will be done to counteract the demand pressures in the economy, promote cohesion in the labour market, address the appreciation of the króna, and strengthen public services and infrastructure.

Health care: The new Landspítali hospital will be built during the period. Waiting lists will be shortened. A new payment participation scheme for patients will take effect, and patients' costs will be reduced. 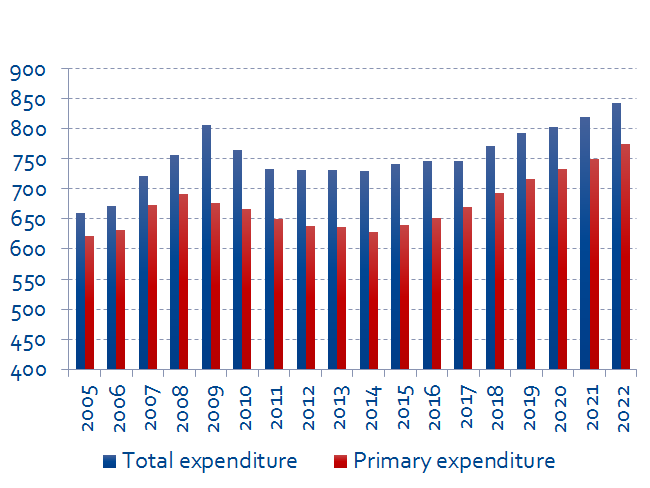 Social welfare: Payments to parents during childbirth leave will be increased. The tax-free threshold for senior citizens' earned income will be increased in stages. The disability benefits system will be reviewed, spending increased, and job search assistance increased likewise. Systematic steps will be taken to solve the housing problem, and user-controlled personal assistance will be passed into law. Work will be done to combat child poverty.

The plan sets forth objectives and strategies in 34 categories and 101 functions.

During the term of the fiscal plan, emphasis will be placed on enhancing the efficiency of the tax system. In the coming term, tax system review will continue, with an eye to simplification, efficiency, and revenue generation, and a comprehensive tax strategy will be formulated.

The main upcoming changes in the tax system centre on changing the value-added tax system and cancelling concessions, as follows:

· Most types of tourism will be classified under the general value-added tax bracket. The change will take effect on 1 July 2018, or 15 months after the announcement is made. Restaurant services will remain in the lower tax bracket, as food is taxed at the lower rate.

· This will provide the scope afterwards to lower the general value-added tax bracket considerably, from 24.0% to 22.5%. This change will take effect on 1 January 2019.

This narrows the gap between the two value-added tax brackets, which is of significant benefit to consumers but also mitigates the need to raise prices in the tourism sector. It is estimated that the consumer price index (CPI) will decline by 0.4% as a result. At the same time, consideration will be given to lowering payroll taxes as conditions warrant it, which will be beneficial for both workers and employers.

The carbon tax, which is low in international context, will be doubled. Work will continue on the design of a comprehensive green tax system. All changes in the tax system, both those passed into law and those being planned, will take effect during the period, including the excise tax on rental cars, joint taxation provisions, and the reduction of the bank tax.

A special presentation has been made on the tax changes affecting the tourism industry. The presentation describes more fully what the changes entail and what impact they are projected to have on the sector. The sector is expected to continue its strong growth pattern in the coming term.

The domestic economy is strong. Year-2016 GDP growth was stronger than expected, and GDP has never been greater. It is assumed that the output gap will reach a maximum this year and then begin to narrow. A disciplined fiscal stance reflects this forecast.

Real wages have grown substantially, or by 9.5% in 2016, the largest single-year increase since measurements began. The labour participation rate is high in historical context, and labour participation among women has never been higher. Long-term unemployment is negligible.

Challenges remain, however, including in monetary and exchange rate matters, the labour market, and the housing market, in addition to the challenges represented by the rapid growth of tourism.

Asset sales and dividend payments, together with a large operating surplus, will facilitate a rapid reduction of debt during the period. It is assumed that irregular revenues will be used to deleverage. GDP will rise at the same time and the debt-to-GDP ratio will decline. 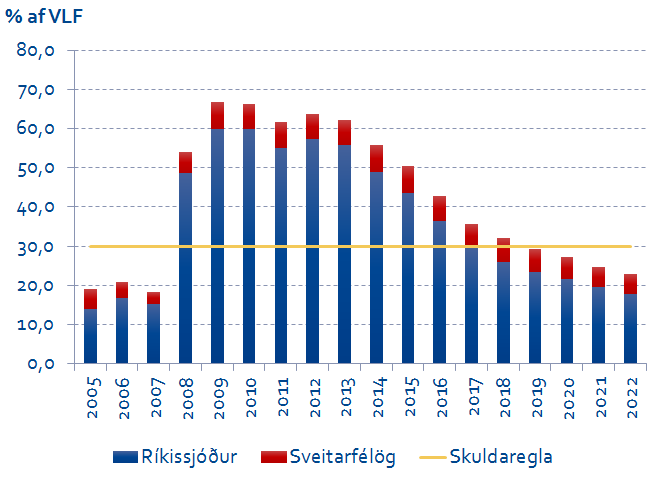 On the fiscal plan

The fiscal plan is presented on the basis of the recently passed Act on Public Finances. It is based on the five-year fiscal strategy that was presented in January and is being discussed in Parliament. The fiscal strategy outlines general objectives concerning developments in fiscal policy; i.e., central and local government finances. More detailed information on the objectives in the strategy are presented in the fiscal plan, together with a strategy document on government-owned entities' revenues and expenditures and developments therein.