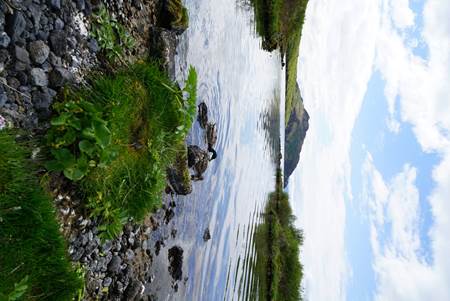 Since 1964, Iceland has been a member of the United Nations Educational, Scientific and Cultural Organization (UNESCO). UNESCO´s aim is to encourage the identification, protection and preservation of cultural and natural heritage around the world considered to be of outstanding value to humanity. This is embodied in an international treaty called the Convention concerning the Protection of the World Cultural and Natural Heritage (World Heritage Convention) which Iceland ratified in 1995. As to date, three Icelandic sites have been inscribed to the UNESCO’s world heritage list: The Surtsey Island Nature Reserve, Thingvellir National Park and Vatnajökull National Park.

In 1978, Iceland ratified the Ramsar Convention on Wetlands. The convention has the objective to promote conservation and wise use of wetlands around the globe, particularly as a biotope for wetland birds. Iceland currently has six sites designated as Wetlands of International Importance (Ramsar Sites).

Iceland signed the European Landscape Convention in 2012 and ratified it in 2019. The Convention promotes the protection, management and planning oflandscape, and organises international co-operation on landscape issues.

National Parks are one of the focus areas of a Nordic project (NatNorth) Iceland launched in 2019 aimed at increasing knowledge and sharing experience of the connection between tourism and national parks and other nature conservation areas in the North. Emphasis is on formulating policy, arrangements for controlling visitor numbers, dissemination of information to travellers, infrastructure development including renewable energy transition in transportation, certification and operations, and other arrangements in national parks.

Icelandic authorities participate in various international platforms regarding protected areas. For example, the Vatnajökull National Park and the Environment Agency are members of the Europark federation, which is a network for Europe’s natural and cultural heritage. Another example is the cooperation between the Ministry of the Environment, Energy and Climate and its Park agencies and the United States National Park Service which aims at sharing resources, ideas, policies, management strategies, ranger activities, and safety and risk management tools.