Plans for a highland national park 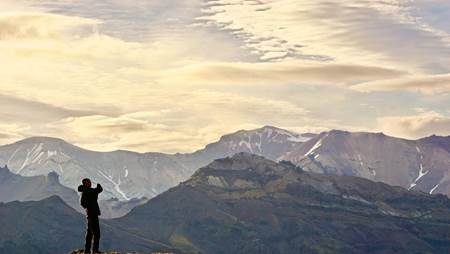 The Icelandic central highland is unique with its vast area of wilderness, volcanos, glaciers and other spectacular natural phenomenon. The highland forms one of the largest territories in Europe which has never been inhabited and is considered one of the last great wilderness areas in Europe.

The government's policy statement stipulates that a national park shall be established in the central highland in already protected areas and glaciers in public lands in the highlands by amending the Act on Vatnajökull National Park. Emphasis will be placed on dialogue and co-operation with local residents and the number of regional councils increased.