Arctic Chairmanship in the Arctic Council 2019-2021

Together Towards a Sustainable Arctic

Arctic Council Working Groups have contributed significantly to scientific knowledge and understanding of the Arctic marine environment. The Arctic Council will continue its work on monitoring and assessment, protection of marine and coastal ecosystems, and promotion of sustainable use of marine resources.

The impacts of climate change not only make their mark on the environment of the Arctic but also affect the economic and social wellbeing of Arctic communities.

People and Communities of the Arctic

Initiatives that aim to promote the wellbeing of the roughly four million people living in the region will remain central to the Arctic Council’s work.

Iceland’s Chairmanship will strive to enhance the constructive cooperation that has always been a key strength of the Arctic Council.

With sustainable development as an overarching theme, Iceland will highlight four priorities...

- Together Towards a Sustainable Arctic (PDF)
Tweets by IcelandArctic

About the Arctic Council

The Arctic Council is the leading intergovernmental forum promoting cooperation, coordination and interaction among the Arctic States, Arctic indigenous communities and other Arctic inhabitants on common Arctic issues, in particular sustainable development and environmental protection in the Arctic.

Established in 1996, the Arctic Council is composed of eight Member States: Canada, the Kingdom of Denmark, Finland, Iceland, Norway, the Russian Federation, Sweden and the United States. In addition, six organizations representing Arctic indigenous peoples have status as Permanent Participants: the Aleut International Association, the Arctic Athabaskan Council, Gwich’in Council International, the Inuit Circumpolar Council, the Russian Association of Indigenous Peoples of the North, and the Saami Council. Observer status is open to non-Arctic states and organizations that can contribute to the Council’s work.

The work of the Arctic Council is primarily carried out in its six Working Groups. Their efforts and analysis form the basis for Arctic Council assessments and recommendations. Decisions are taken by consensus among the eight Arctic Council States, with full consultation and involvement of the Permanent Participants. Further information is available on the Arctic Council website, arctic-council.org

The Icelandic Ministry for Foreign Affairs is responsible for the 2019-2021 Arctic Council Chairmanship. 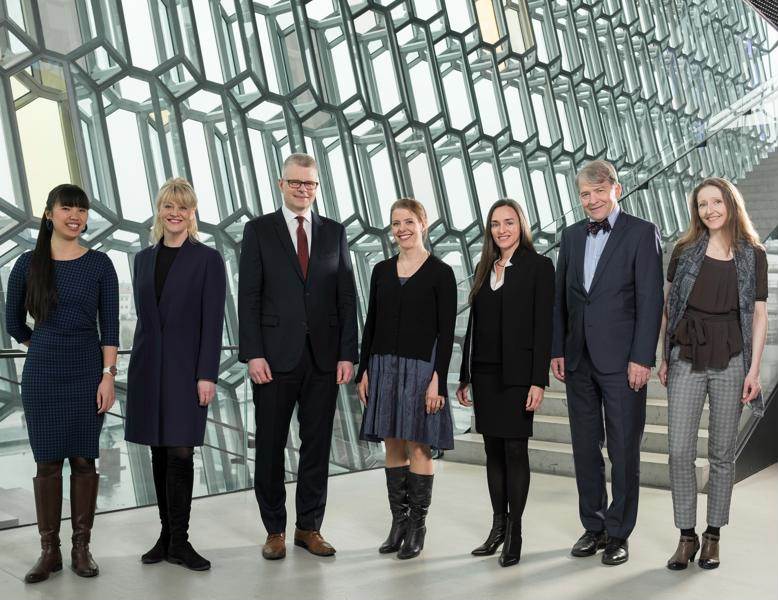 Iceland’s Chairmanship of the Arctic Council 2019-2021

Ministry of Education Science and Culture

Extensive report on the status of global Arctic research: Knowledge for a Sustainable Arctic

Following a successful 3rd Arctic Science Ministerial (ASM3) which was held in Tokyo in May, the...