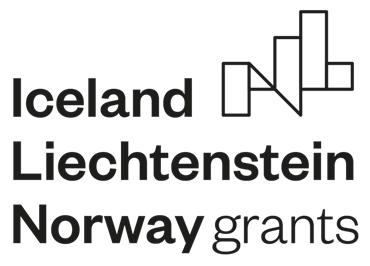 The aim of EEA Grants is to reduce social and economic disparities within the European Economic Area and strengthen bilateral collaboration between the EEA/EFTA states and the fifteen beneficiary states.

Through EEA Grants, the EEA/EFTA states fund various improvements and developments in those EU member states that are economically at a disadvantage. The beneficiary states of the fund are in Southern and Eastern Europe. Through participation in EEA Grants, emphasis is placed on creating opportunities for Icelandic agencies, companies and NGOs to collaborate with the beneficiary states and to increase communications between individuals in Iceland and those states. Iceland is also working systematically towards bilateral relations between the authorities and key partner states. Emphasis is placed on economy in the fund's operations and that projects within the fund's framework are carried out with view of Icelandic values.

On 3 May 2016, an agreement with the EU on the EEA Grants funding period 2014-2021 (implementation period till 2014) was signed. According to the agreement, the total contribution of the EEA/EFTA states for the period shall be 1,584.1 billion EUR, Iceland usually providing about 3-4% of the countries’ overall contribution. The signing of the agreement with the EU marked the beginning of formal negotiations with the beneficiary states about how the grant is used in each country. The negotiations will end with a cooperation agreement or declaration of conformity between the three EEA/EFTA states and each beneficiary state.

The beneficiary states of EEA Grants are:

See further information on EEA Grants at the website of the Financial Mechanism Office where you can also monitor the publication of calls for project proposals.

The type of projects funded:

The projects funded by the Grants can be divided into five categories:

In addition to the above collaboration programmes, Icelandic companies, NGOs and agencies participate in various projects supported by the EEA Grants.

In our partner database you will find concept ideas and examples of best practice projects from Icelandic organisations with expertise and interest in bilateral cooperation.

At a minimum of 10% of the fund’s grants, about 150 million euros, is used to build up NGOs in the beneficiary states. Plans are made for the nomination of the grant in each state. The focus varies from state to state, but the supported projects span a wide range, such as human rights, equality, human trafficking, cultural goods, environmental protection, climate change and welfare issues as well as training and re-education.

Special emphasis  is placed on bilateral collaboration with NGOs in the EEA/EFTA states and the fund can create a unique opportunity for NGOs in Iceland to work on common projects within the beneficiary states. In addition to grants for the projects themselves, grants are provided for networking and project development.