Progress towards gender equality is held back by unequal power relations between women and men. Overcoming this barrier requires not only laws and policies but also a change in attitudes and behaviors. Men need to engage other men in finding solutions.

The Barbershop concept looks at innovative ways for men to mobilize and motivate other men to address discriminatory stereotypes of masculinity. It identifies ways for men to talk about gender equality in comfortable and safe environment, and addresses how male leaders can drive this dialogue forward.

"Barbershops are known to be a safe place for men to speak freely and be more open about what is on their mind, much like the locker room. Let's bring the discussion here, let's talk amongst ourselves about what we can bring to the table, how we can play an integral part in the movement of change, be champions of HeForShe"

The Barbershop is about rallying men and boys to commit to upholding gender equality and change the discourse among their peers to build a momentum for gender equality. It enlists its attendees to move away from a discourse loaded with negative gender stereotypes and expectations. Through their own behavior, men can work toward the positive transformation of social norms, examine the role of men as change agents on gender equality who take responsibility for their actions and encourage other men to join in. This will help stimulate a grassroots dialogue between/among men and build on the progress made by recent movements such as the HeForShe campaign.

Iceland has developed a Barbershop Toolbox to enable others to mobilize the men around them for gender equality. The Toolbox is part of Iceland's commitments to the HeForShe movement and can be accessed on their website.

Is the Barbershop only for men?

No, the Barbershop is not about excluding women, but including men.

What about the special focus on ending violence against women?

At the Barbershop, we encourage men to look critically at their own attitudes and what they can do to prevent and eliminate men's violence against women.

At least one in three women worldwide have experienced physical or sexual violence, mostly by an intimate partner. Men must be engaged as an essential part of the solution.

What is it all about?

The Barbershop Conference aims at engaging men and boys to address negative stereotypes of masculinity and to become active promoters of gender equality. A special focus will be on efforts to eliminate violence against women and girls – one of the critical areas of concern identified in the Beijing Declaration and Platform for Action.

What is the intended outcome?

A commitment by participants to assume their responsibility in realizing gender equality and encourage men and boys to join the conversation.

Who came up with the Barbershop idea?

The concept was developed jointly by the Permanent Missions of Iceland and Suriname to the UN in New York, in the context of the 20th anniversary of the Beijing Declaration and Platform for Action in 2015. The Barbershop initiative also aligns well with the UN Women #HeForShe solidarity movement for gender equality.

The idea originated partly in the vision of former President of Iceland, Ms Vigdís Finnbogadóttir – the world's first democratically elected female president – who brought attention to the fact that men were typically absent from events focusing on gender equality and therefore called for an international conference where men would demonstrate their commitment to the issue.

The first conference was introduced by the Ministers for Foreign Affairs of Iceland and Suriname at the UN General Assembly in September 2014.

Why call it a “Barbershop”?

The Barbershop is a reference to a traditional gathering place for men, where they exchange thoughts on life and relationships. In many cultures, the same goes for the locker room.

In a nutshell, we are convening a Barbershop with the purpose of deconstructing the very notion that the “Barbershop” typically reinforces, i.e. the manifestation of stereotypical gender roles that are at the root of discrimination and violence against women. By providing a venue for men to discuss male attitudes and behaviors and their role in realizing gender equality and ending violence, we hope to encourage a proactive commitment.

Why the emphasis on involving men?

Too often, gender equality is seen as an issue primarily concerning women. For various reasons, men may even feel that it is easier for them to avoid the topic. The truth is, of course, that inequality not only harms women and girls, but society as a whole. Moreover, to address this global challenge, men and boys must be engaged to become part of the solution. Achieving gender equality is in our common interest and we must work together to reach that goal.

Right click on links below and select Save as or Save target as or Download (depending on browsers).

The first Barbershop Toolbox was developed in Iceland in 2016 and has been widely used around the world with the aim to mobilise men for gender equality. In 2018, Malawi was chosen as the first country in Africa to launch the Barbershop Toolbox. Barbershop events took place in Lilongwe and Mangochi District.

Below is a Malawian adaptation of the Barbershop Toolbox. It was translated and localised by Dr Zindaba Wa Chisiza and Brother2Brother (B2B) in 2021. The toolbox is used to actively engage men and boys to tackle social norms that may fuel gender-based violence and mobilize men to become agents of change in their society and work towards gender equality. 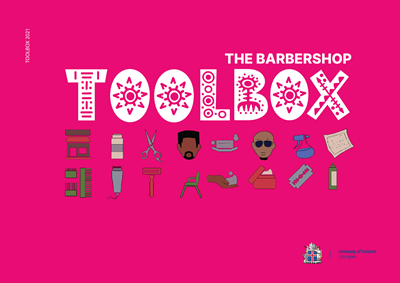 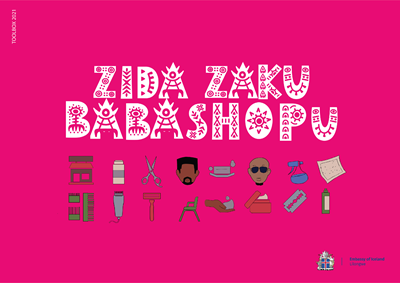