The World Bank Group (WBG), which is one of Iceland’s four key multilateral development partners, is one of the world’s largest sources of funding and knowledge for developing countries. Its role is to promote sustainable economic and social development in developing countries in line with its twin goals of ending extreme poverty and promoting shared prosperity. The WBG collaborates with governments of partner countries through providing financing, policy advice, and technical assistance.

Iceland cooperates closely with the Nordic and Baltic countries on policy and other matters within the Bank. Together, the countries comprise one of the Bank’s constituencies.

The World Bank Group comprises five institutions, which all work towards the twin goals and the UN Sustainable Development Goals (SDGs): 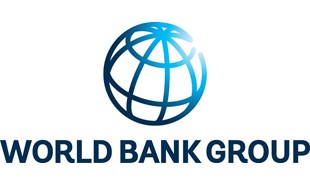 The World Bank Group (WBG) is headquartered in Washington, D.C. and has over 130 offices worldwide. More than 10,000 employees from about 170 countries are employed by the WBG.

Membership in the World Bank and its institutions is based on shareholding and the number of shares a member country has is based roughly on the size of its economy. Each member country appoints a senior official to the Bank’s Board of Governors. The Minister for Foreign Affairs and International Development Cooperation represents Iceland as Governor on the Board of Governors, the Minister of Finance is the Alternate Governor. The Board of Governors is the Bank’s senior decision-making body and determines all major decisions related to the Bank’s operation, such as admission of new member countries, capital increase and approval of amendments to the Articles of Agreement.

The Development Committee (DC) of the World Bank, which was established in 1974, is the ultimate policymaker at the Bank and advises the Board of Governors on issues of global concern. The Committee has 25 members who are ministers appointed by each of the Bank’s member countries, or group of countries. The Committee meets twice a year. Ministers from the Nordic countries take turns representing the Nordic-Baltic constituency in the DC. In 2019, Iceland sat on the Committee on behalf of the constituency.

The governors delegate specific duties to 25 Executive Directors, who work on-site at the Bank. The five largest shareholders appoint an executive director, while other member countries are represented by elected executive directors.

The Board of the World Bank consists of 25 executive directors. The six largest shareholders of the Bank – the United States, Japan, China, Germany, France and the UK, as well as Russia and Saudi Arabia – each appoint an executive director to the Board. The remaining member countries form constituencies which are represented by 19 executive directors. The Board decides general policy issues that guide the operations of the Bank and is responsible for conducting its day-to-day business. The Board also considers and decides on providing loans and grants to developing countries as well as executing the decisions of the Board of Governors and the Development Committee.

Iceland actively participates in the Bank’s work through the Nordic-Baltic Constituency (NBC) which represents the Nordic and Baltic countries. The eight countries, which share one seat at the Bank´s Board, coordinate their positions and speak with one voice. Voting power in the WBG is proportional to shareholding. Member countries possessing a smaller number of shares form constituencies and each constituency is represented by an Executive Director who sits on the Board of the WBG. An Executive Director represents the Nordic and Baltic countries and has one, single vote which cannot be divided. This means that the capitals of the NBC cooperate closely to coordinate their position on Bank issues. Iceland led the coordination for the period 2019-2021. Geir H. Haarde was the Executive Director for the NBC in the Board (July 2019-July 2021).

A large part of Iceland’s contributions to the World Bank Group (WBG) goes to the International Development Association (IDA) which is the institution of the WBG that provides grants and concessional loans as well as advisory services to the world’s poorest countries. The Icelandic government also provides support to the poorest countries through IDA’s Multilateral Debt Relief Initiative. Negotiations for the IDA19 replenishment were concluded in the end of 2019, with donor countries pledging a historic 82 billion USD to assist the world’s 74 poorest countries. Iceland’s annual contribution for the period of 2021-2023 is 489 million ISK.

Icelanders can be proud of 58 years of successful collaboration with IDA through which Iceland is contributing to addressing global development challenges and providing support to the world´s poorest countries. Through IDA, Iceland has contributed to providing 86 million people access to clean water and 657 million people access to essential health services, to name a few examples.

Through its collaboration with the World Bank Iceland places particular emphasis on the blue economy, gender equality, human rights and renewable energy.

Human rights are one of Iceland’s key focus areas in its bilateral cooperation with the World Bank. Iceland has since 2006 provided financial contributions to the Bank’s human rights fund which is the only knowledge and learning initiative that specifically supports building the capacity of the Bank to support human rights considerations in its programming and projects.

Building on the experiences and lessons learned of the human rights fund (formerly known as the Nordic Trust Fund and later the Human Rights and Development Trust Fund), the Human Rights, Inclusion and Empowerment  Umbrella Trust Fund (HRIETF) was established in 2020 as an anchor trust fund of the Social Sustainability and Inclusion Global Practice which will provide the HRIETF with enhanced visibility and expand the impact of its activities. The role of the HRIETF remains the same, i.e. to increase and strengthen knowledge, learning and application of human rights principles in the WBG’s work, including in fragile and conflict affected states. The Trust Fund applies an ambitious human-rights based approach in line with the UN human rights principles.

Iceland places emphasis on the blue economy in its international development cooperation, including healthy oceans and sustainable use of marine resources. This is reflected in Iceland’s cooperation with the World Bank where an increased focus is now on supporting the sustainable and integrated development of ocean resources through a holistic blue economy approach. The cooperation consists of four main components: support to the ProBlue trust fund, financing of a fisheries specialist position in the Bank, roster with Icelandic fisheries specialists as well as bilateral cooperation in the Bank’s fisheries projects in West Africa. Marine pollution is high on the agenda and gets special attention in the ProBlue trust fund, which aligns well with Iceland’s focus on the overall blue economy.

Iceland also provides the Bank with technical assistance through seconding geothermal specialists for the preparation or implementation of larger geothermal projects of the Bank or its clients. Drawing on its extensive experience in hydropower, Iceland also supports ESMAP’s hydro projects.

In recent years, the World Bank has increased its focus on gender equality which is now among the Bank’s five main cross-cutting priority areas.

Iceland and the Nordic and Baltic countries are strong and consistent supporters of promoting gender equality within the WBG’s operations, policies and strategies and have for a long time pushed the Bank in this area. Iceland has supported and contributed funds to the UFGE (Umbrella Facility for Gender Equality) since it was launched in 2012. The UFGE is dedicated to strengthening awareness, knowledge, and capacity building to help staff and policy makers close gender gaps. Its efforts have contributed to increased integration of gender perspectives in operations of the whole of the World Bank Group. The UFGE supports work across all four pillars of the WBG’s Gender Strategy: closing first generation gaps in health and education, creating more and better jobs, removing barriers to women’s ownership and control over physical and financial assets, and enhancing women’s voice and agency and engaging men and boys.

The Wold Bank on Social Media