The Minister for Foreign Affairs of Iceland, Mr Guðlaugur Þór Þórðarson attended the Ninth Ministerial Meeting of the Friends of the CTBTO (Comprehensive Nuclear Test-Ban-Treaty Organization) group in New York on 27 September 2018. Iceland also joined in the group´s  Statement which urges all states to become signatories to the CTBTO which is a core element of the international nuclear disarmament and non-proliferation regime. Dr Lassina Zerbo, the CTBTO Executive Secretary addressed the meeting.
The Preparatory Commission for the CTBTO has its heaquarters in Vienna. The CTBTO operates a monitoring system worldwide, with two stations based in Iceland. 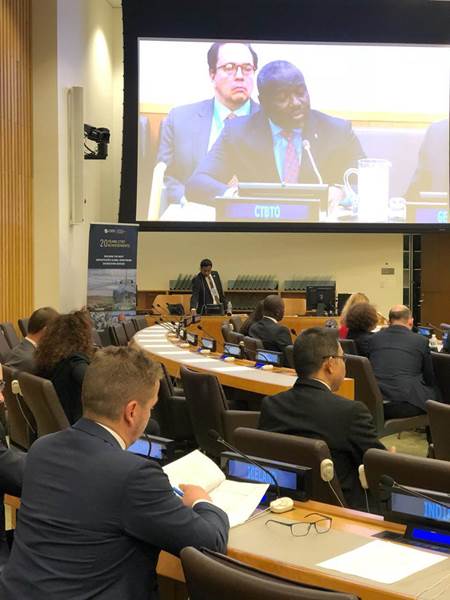