The fourth Summit in the history of the Council of Europe will be held in Iceland on May 16-17...

Iceland’s Presidency in the Nordic Council of Ministers 2023

Prime Minister Katrín Jakobsdóttir has presented the programme for the Icelandic Presidency of the...

The Prime Minister's Office (PMO) supports the Prime Minister in administrating the division of responsibilities between other ministries and has a role - formal and informal - in co-ordinating government policies on convergent issue-areas. It organizes committees which are appointed by the Prime Minister to work on selected issues and enforces and monitors the implementation of government decisions. 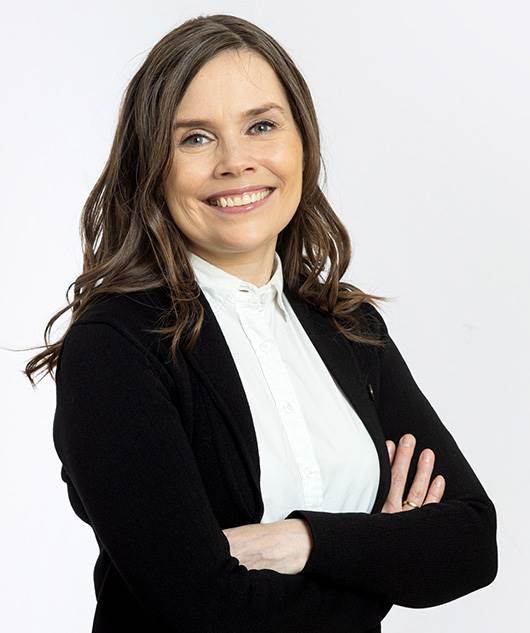 Katrín Jakobsdóttir took office as prime minister on November 30, 2017. She has been in parliament for Left-Green Movement since 2013. Katrín is the chairman of the party from 2013. She was Minister of Education, Science and Culture from February 1, 2009 to May 23, 2013.