Minister of Finance and Economic Affairs 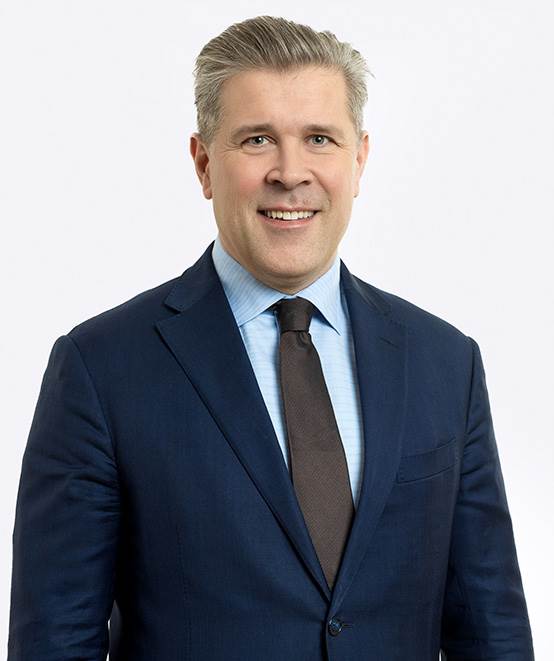 Minister of Finance and Economic Affairs

Took office as minister of finance and economic affairs on November 30 2017.

Member of the Icelandic parliament Althingi for Southwest Iceland since 2003, Bjarni Benediktsson has been leader of the Independence party since 2009. He was minister of finance and economic affairs from April 2013 to January 2017 when he became prime minister.

Born in Reykjavík on 26 January 1970, Mr Benediktsson graduated from Reykjavik Junior College in 1989 and completed his law degree from the University of Iceland in 1995. He followed this up with a year of study in Germany in 1995-96, and then graduated with an LLM degree from the University of Miami School of Law in the US in 1997. After taking his bar exam in 1998 he practiced as District Court attorney and is a certified securities trader.

He and his wife, Þóra Margrét Baldvinsdóttir, have four children.

Before his election to the Icelandic parliament Althingi, Bjarni Benediktsson served as officer at the District Commissioner in Keflavík (1995), as legal counsel for the transport company Eimskip (1997-1999)and as attorney in the law firm Lex (1999-2003).

About the Ministry of Finance and Economic Affairs