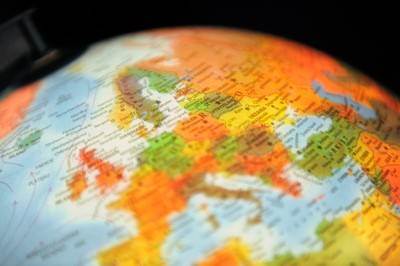 Various provisions of the Convention have been incorporated into Icelandic law through the Nature Conservation Act, the Act on the Icelandic Institute of Natural History and Natural History Centres, and several other Acts. The Government of Iceland adopted a biological diversity strategy in 2008 and a corresponding action plan in 2010 on the proposal of the Minister for the Environment. Work is underway on updating the strategy.

Iceland signed the Bern Convention on the Conservation of European Wildlife and Natural Habitats in 1979 and ratified it in 1993. The convention has had a significant effect on conservation legislation and its enforcement in Europe, as well as on how we record, classify, assess, and monitor living nature.

In year 2000 Iceland joined the Convention on International Trade in Endangered Species of Wild Fauna and Flora (CITES). The objective of CITES is to prevent international trade in endangered plant and animal species from depleting the populations of these species. CITES establishes a framework of rules concerning trade in endangered species and derived products, to which parties to CITES are required to adhere.

Since 2013, Iceland has been a party to the Agreement on the Conservation of African-Eurasian Migratory Waterbirds (AEWA). The agreement’s main goal is to protect migratory waterbirds and their habitats in Africa, Europe, the Middle East, Central Asia, Greenland, and the Canadian Archipelago. AEWA covers most bird species that breed or stop in Iceland.

In 1978, Iceland ratified the Ramsar Convention on Wetlands. The convention has the objective to promote conservation and wise use of wetlands around the globe, particularly as a biotope for wetland birds. Iceland currently has 6 sites designated as Wetlands of International Importance (Ramsar Sites), with a surface area of 128,666 hectares.

Iceland became a member of UNESCO (The United Nations Educational, Scientific and Cultural Organisation) in 1964 and ratified the Convention for the protection of the world cultural and natural heritage in 1995. Since then three sites have been declared as UNESCO world heritage sites: Surtsey Island, Thingvellir National Park and Vatnajökull National Park.

Under the auspices of the Arctic Council, Iceland participates in the working group Conservation of Arctic Flora and Fauna (CAFF) and has a representative on the CAFF Management Board. The CAFF headquarters are in northern Iceland.